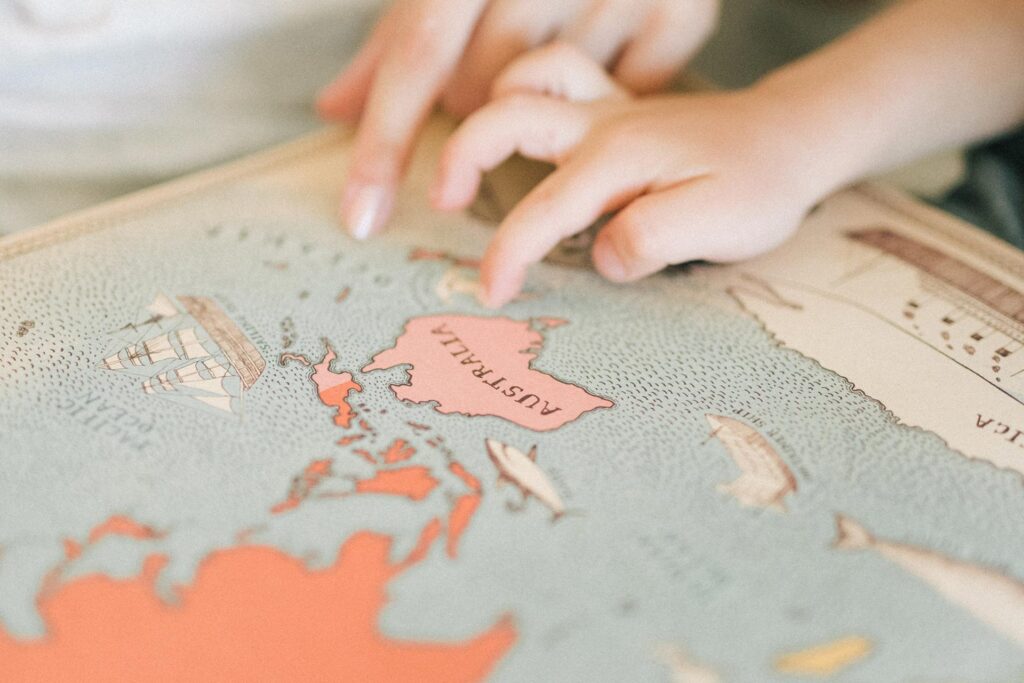 Change the Date: A Beginner’s Guide to Navigating January 26th

Whenever I think about January 26th I am fondly reminded of my late father and the often complex conversation I would have with him (with lamingtons) about this day. It would follow a similar trajectory each year; regardless, I would re-open the conversation – one because I enjoy a bit of healthy debate, and second I enjoy tracking my own understanding and changing views on the subject.

We can’t create understanding without first creating space for conversation and for a space to ask these questions in a non-threatening manner. Here is a beginner’s guide to understanding why this day is so complex so you can consider what this means for you and decide where you stand.

A Clash in Australia’s Identity

The issues surrounding January 26th as Australia’s national day are complex. For many, keeping the date is rooted in a deep desire to continue celebrating the Australian nation, highlighting the many wonderful features of this country and its people. For others, the day is yet another painful reminder of a continent that was invaded and a culture that is struggling to thrive due to systematic discrimination and inequality.

Part of this complexity comes from the sometimes problematic interpretation of Australian identity. Australia, as it is formally recognised internationally, is a nation that is nearly 250 years old. Australia, as recognised by the Aboriginal and Torres Strait Islander nations, and others, is known to be between 40,000-60,000 years old, and home to the oldest continuous culture on Earth.

When we look at this contrasting view of Australia as a nation, it’s clear to see why it could be difficult to draw the First Peoples and modern Australia together to celebrate the nation that we both exist within today. With Prime Minister Scott Morrison recently approving a change in the national anthem [from young and free to one and free], it’s clear that there is movement, towards attempting to forge a shared identity that acknowledges Aboriginal and Torres Strait Islanders as the first peoples of Australia.

Polls relating to a potential date change show contrasting results across multiple demographics, what is clear from this research is that within our communities, we are divided over whether or not to change the date of Australia Day. As people that work in communities, we need to be mindful of this and explore the topic with sensitivity.

Why We Personally Believe We Should Change the Date

January 26th marks the date when Captain Arthur Phillip raised the British flag at Sydney Cove, an indication that Britain was taking formal possession of New South Wales. Effectively, the date marks the commencement of colonial rule and the systematic dispossession of the Aboriginal people from their land. As such, it’s a date that relatively few in Aboriginal and Torres Strait Islander communities feel inclined to celebrate.

For many, the celebration of January 26th is a hurtful reminder of an event that resulted in a culture nearly lost due to the arrival of European colonists and the extended period of discriminatory practices and legislation that followed.

In research that measures community health and wellbeing, Aboriginal and Torres Strait Islander communities record considerably lower in their health outcomes. Most alarming is life expectancy, with huge gaps between Aboriginal and non-Aboriginal communities, higher rates of chronic diseases, and lower education completion levels (to name a few).

Additionally, there is significant overrepresentation of Aboriginal people in incarceration and within the criminal justice system. This is often attributed to the actions of early colonists and subsequent governments in breaking down social structures and bonds, the separation of families and communities, the loss of traditional languages, and the overall breakdown of the Aboriginal culture. These actions left many Aboriginal people without vital support networks, and moreover, an ongoing loss of belonging; these communities were deeply connected to country, but soon were forcibly disconnected.

With the theme of 2020’s NAIDOC week being ‘Always was, always will be’, and the increasing number of councils taking steps towards alternative celebrations, there is a movement within Australia to actively work towards creating a day, a celebration, that is more inclusive of all cultures, acknowledging the true experience of the Aboriginal and Torres Strait Islander peoples.

Why Some Communities Want the Date to Remain

Contrary to those calling to change the date, for many, celebrating Australia on January 26th is an opportunity to celebrate the good in Australia and provides an opportunity to bring communities together. In many local government areas, people are formally recognised as Australian citizens through public ceremonies and family gatherings. As such, it’s an anniversary they would like maintained as it holds pride of place in their family and their life story.

Some feel concerned that there will never be an ideal date, and that, rather than becoming fixated on the date, the focus should instead be on the values of Australia, the diverse communities, and the progress that Australia has made as a nation. Some believe changing the date allows for modern Australians to be blamed for the actions of their colonial ancestors, and there are others that believe that at some point, we simply must move on.

Why Some People are Undecided

For others, it’s simply a matter of acknowledging that changing the date doesn’t change what happened, and that, rather than focusing on just the events of January 26th, celebrating the birth of the Australian nation on any day still effectively represents the dispossession of the Aboriginal people. Often these people are involved in working with long-term issues in the community, and, rather than fixating on a date, feel that the focus should be on fixing social and economic issues within communities.

Whilst the issue is complex, there is one thing that is clear, and that is that changing the date of Australia Day will affect communities in different ways. For some, changing the date is a recognition of past wrongs and a demonstration of a willingness to work towards positive change. For others, it’s viewed as divisionary, and a distraction from all the wonderful aspects of our multicultural nation.

In the engagement world, we know that the key to discussing complex issues is ensuring that all voices have a chance to be heard.

So what can we do to ensure voices are heard?

Want to learn more about changing the date? Check out some of these useful links:

Conversation Co is a Pavilion Partner —
a truly integrated group of property
specialists, operating in unison to engage
your customers and community.

Conversation Co proudly acknowledges and celebrates the First Peoples of Victoria and their ongoing strength in upholding some of the world’s oldest living cultures. We acknowledge the Traditional Owners of the lands throughout what is now Victoria, where we live and work, and pay our respects to their Elders, past, and present. Conversation Co acknowledges Traditional Owners sovereignty has never been ceded. The strength, resilience and pride of First Peoples, their cultures, communities and identities continue to grow and thrive today despite the impact of colonisation and ongoing experiences of racism.